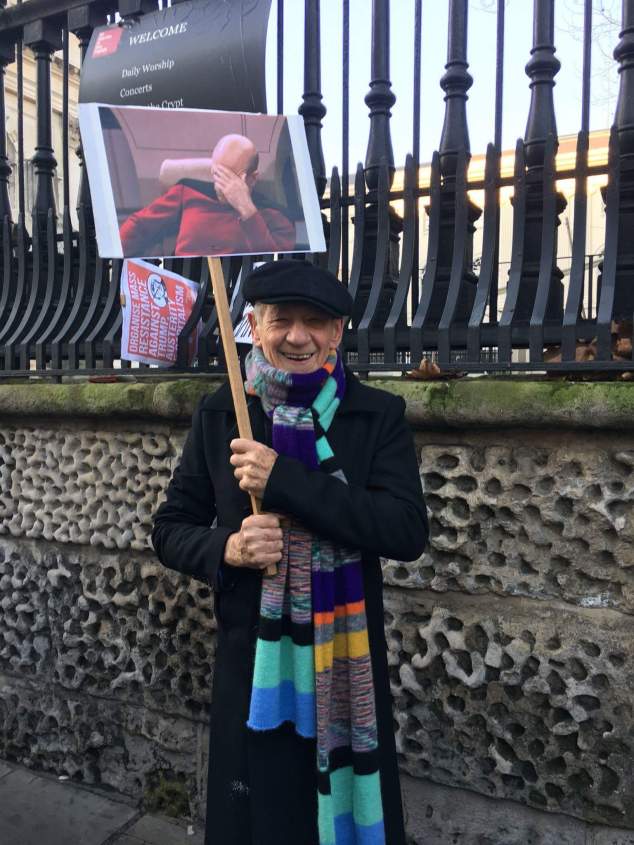 Before I really get into this post, I’d like to make it known that I haven’t unfriended anyone from my social media(I have 365 friends, I should actually edit my list cause I don’t talk to a bunch of you). I believe you all have a right to vote for whomever you chose. Just as I do. I’m well aware that this post may not be everyone’s cup of tea, and honestly I feel that way reading a lot of what is being posted by y’all. And I understand that a bunch of people will unfriend me.This post isn’t going to bash on your beliefs, or choices.  I’m not being a judgmental butthead. I’m posting about how I’m feeling. And by unfriending me, I feel like that makes it seem as though my opinions don’t matter. I don’t plan on saying anything that will offend someone, but you never know what will. I don’t intend to get into arguments about this post, so unless you leave a comment saying how well spoken this post is, or how you agree with what is written, please don’t bother spewing hate. It’ll go ignored by myself. So, here goes…

In my soul, as a woman, I couldn’t vote for Trump. I see these posts about, “Hilary did (insert all the things she’s done that people don’t like), while Trump just said ‘mean things'”. And yeah, Hilary isn’t the best choice .  But a man who is now the President, said that it’s okay to grab a woman by the pussy. THE PUSSY! that’s who will be in office. And yeah,  I’m offended! It’s not unheard of to be offended that someone said it’s okay to grab a woman by the pussy, to take away her right to consent. To just pop some Tic Tacs, and start kissing her cause as a celebrity, your rights mean more than mine. I’m offended for myself, for my mother, for my future children, for sisters, aunts, grandmothers, best friends, all women of the world! I’m offended for the men that I know don’t talk like this. I’m offended that it easy brushed off as ‘locker room’ talk. Now we have a man that wants to abolish free health care, that wants to build a wall, that continuously spews racist and homophobic slurs, and doesn’t think climate change is real is who is now in office. (I’m not saying anything judgemental about it, those are just actual things that have been said)   And now, there are riots. There are people protesting. There are fights on Facebook where everyone can hide behind the safety of their screens. America is becoming divided when we’re at our most vulnerable. Family members arguing with each other. Friendships ending. But the worst of it, in my opinion, is the animosity in the church. My fellow believers calling a bunch of people protesting childish. Saying that the opinions of others don’t matter as much as your own. It hurts my heart so deeply when I read some of these things and it really sick because as believers, you’re giving into the stigma that nonbelievers have towards us. Live your life to be honoring to the Lord. You see people acting like fools? Pray for them. You get ‘fed up with’ all the posts about how frightened people are that Trump is president?  Pray for them! You see a video that has no context buto someone claims it’s of an anti Trump nature, and that makes you mad? What should you do?!?!?! Say it with me now- PRAY FOR THEM! That’s what we are called to do! We’re not called to judge anyone, unless you would like to take that giant log our of your eyes first.

I was told that as a white female ,  I’m the least affected. Unfortunately, that’s not true. You see, anyone with a vagina, or pussy (as the new president said ), will be affected . 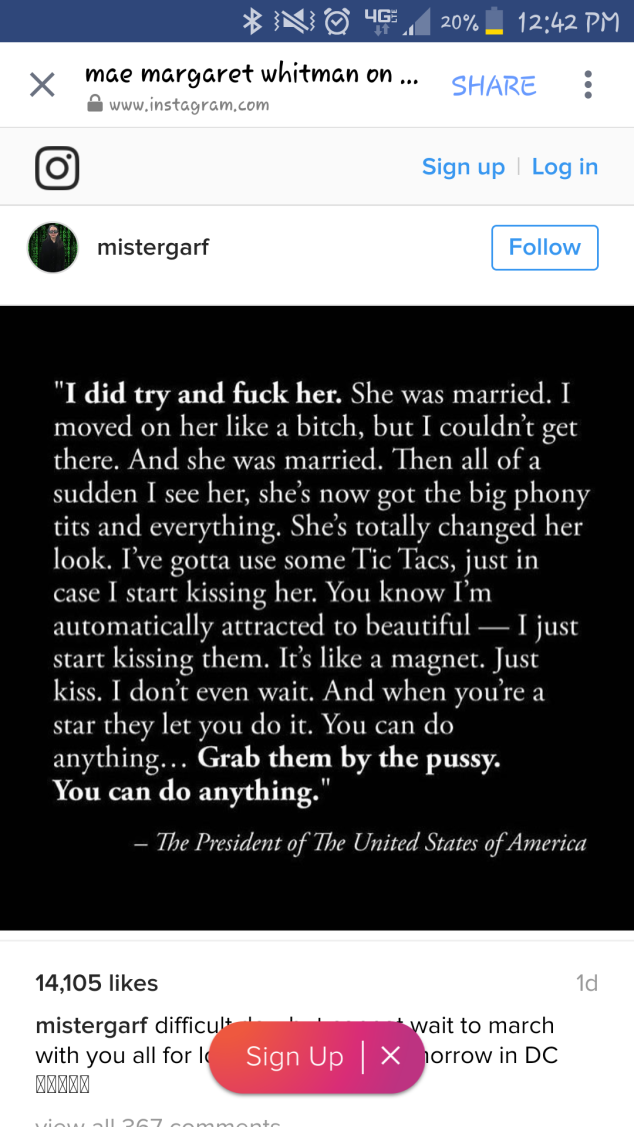 Because yes, I take birth control .  Do I take it to have hours of crazy sex and live a baby free life? No, actually .  You see, two years ago, in September, I got my period. *if this conversation eeks you out, you don’t need to read* I have always had miserable periods, with cramps that make me want to(and at times actually) throw up and stay curled in bed, emotions that run rampant, and blood that soaks through a tampon and pad within 20 minutes .  All of this for 7 days. So I get my period in September. It goes 7 days. It’s miserable. Whatever. Then I’m done. For 3 days. Because then I start to bleed again. It was like the end of a period blood. Not miserable, but I thought I was finished?! This continues for over a month. It wasn’t until I was looking up reasons (and started panicking ), that I decided to go to get checked out. Here’s where I guess I made another HUGE mistake according to some of you. I went to Planned Parenthood. I was a 24 year old, that had just moved to a new state, was making $100 a week, and had no insurance. I made the best choice I could, with what I had. After the Doctor calmed me down and explained that I didn’t have some horrible form of cancer, we discussed that I have an unbalance of hormones and a lessened version of endometriosis. Which means that part of my uterine lining is growing *plot twist* outside of my uterus! She recommended that I get on some form of birth control, or begin taking various hormones to balance everything out. I decided to go for the cheaper (thank God, free) option, and began birth control. Now that it’s been a few years, my periods have become regular, they don’t last a month, they are still very painful because there’s not a whole lot I can do about my jacked up lining. But I don’t have to miss out on life cause I’m stuck in bed and by the toilet. Do I regret taking birth control? Nope. Do I regret going to Planned Parenthood? Heck no.  They didn’t force me to begin taking birth control. They helped me when I was broke and struggling to understand why my body was betraying me. I was so blessed by them because I was freaking out and certain something horrible was wrong and I needed my mom and they took care of me as though I was family. I got access to health care through them as well. Because while I was trying to figure out how to pay the $97 for tests and fees, they encouraged me to apply and processed my application for insurance. I do understand where a lot of people are coming from though. I do understand that abortion isn’t a form of birth control and that you’re fighting to save the lives of the unborn.  I understand that. But don’t make the people that go into Planned Parenthood feel like horrible people, because they’re not. You don’t know their life. You don’t know why they are there. You don’t have a right to judge. And while we’re on this point…

My last post had so much about how as a believer we’re not to judge. Yet, somehow, everyone forgets that. Am I thrilled that Trump is the president ? Nope. Am i so psyched that he will take away rhe ACA? Not at all. Am I jazzed that his VP wants to put anyone in the LGBQT community into camps where they will ‘pray the gay away’? Sweet Lord, NO! Will I disrespect those that voted for him? Will I unfriend them on Facebook? Will I drag their names through the mud ? Not one bit.

Today, millions marched for Women. For freedom. For equality. For the ability to defend what was torn down and beaten during this election. For America. If you would like to educate yourself about what the march was about, go check out the Women’s March website and mission statement. Because, well there’s a lot of disrespect going around.  I see the posts about how ‘We didn’t protest when Obama was in office’………………really? Who asked for his birth certificate? Who had anti Obama rallies that had ‘Hang in there Obama’ slogans with crude drawings and photoshopped pictures of a noose? It’s all screwed up. There will always be discontent. There will always be rallies. Today, my beautiful cousin, marched in Portland because she has beliefs. 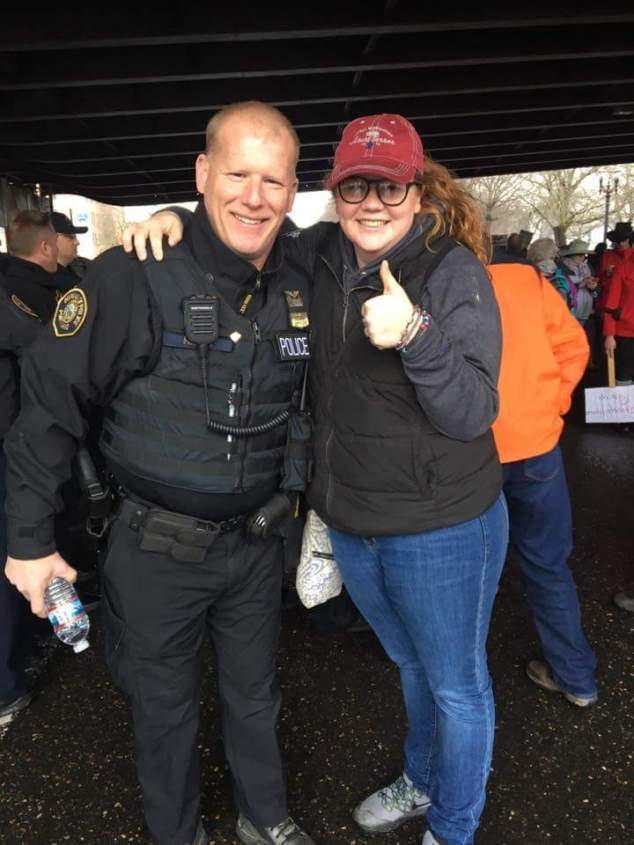 This was her first time voting.  She chose to stand for the rights of women around the world, because that’s what she felt called to do. That’s how she felt her voice would be heard. And I’m so proud of her. I’m awake at almost 3 in the morning, because I have a voice. This is my freedom. This is how my voice will be heard. I’m proud of myself. With the posts going around online, I see the hate.  I see the ‘grow up’  ‘stop acting like children ‘ posts. And they aren’t as kind as the few quotes I wrote.  I agree, protests should be peaceful. Make your voice heard, but don’t damage property. Sing your fight song, but don’t ask that people ‘rape’ the new first lady.  I encourage my fellow Americans, be proud to fight for your rights, be respectful about fighting for your rights,  but absolutely continue to fight for your rights. Remember to look for the light at the end of this tunnel,  because I can promise you that it is there! Be kind to each other, because not only is that what God calls us to do, but it’s freaking nice people! Look out for each other in the coming years, because I have a feeling there will be lots of hard times.

This election has opened the eyes of Americans to how much hate there is in the world. I don’t know how the next four years will go. But I won’t wish ill will upon Trump. I won’t hope he fails in running the country. In fact,  I hope he proves us all wrong. I hope he succeeds in growing our world, not dividing it. I pray that he does make a difference.  Because I don’t want to bring a child into the world as it is right now. I don’t want them to see this hatred going on. I don’t even want to see this hatred. For the next four years, pray. Before every post that spews hate towards someone you disagree with, pray.  When you’re feeling like this is as good as it’s gonna get, pray. Live your best life the way that works for you.  Not because someone told you to do it, but because it’s your life. You do you…boo boo 😉

And for the love of all things holy, please choose to post pictures of cute animals and happy things. I miss those days. 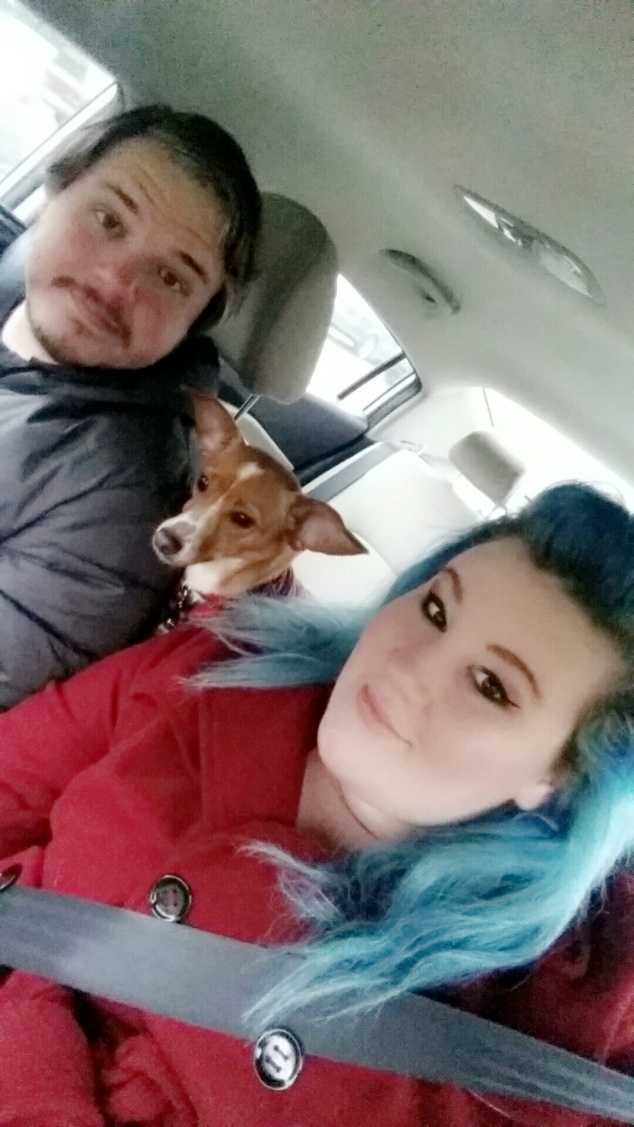